Vinod Kambli achieved this feat in only 16 innings , courtesy of his two double-hundreds (224 against England and 227 against Zimbabwe ). He went on to play only 17 Tests for India scoring 1084 runs with an average of 54/inning.

Among the contemporary cricketers, Cheteswar Pujara reached this milestone in only 18 innings with a phenomenal home average of 80 runs/inning.

Rahul Dravid was the first to reach this milestone in his 25th test with an away average of 61 runs/inning and home average of 46. This is where Dravid earned the title of ‘The Wall’ – having achieved this target with only 3 centuries but 15 fifties to his credit. Virender Sehwag also achieved in the same number of innings with a completely different style of play.

This is where the temperament and persistence comes in – the ability to play long innings, being both physically and mentally fit. Sehwag was the fastest to reach this milestone with his unique ability to play the same way whether it be one-day or tests and overhauled this playing in his 98th innings with an average of 54 runs/inning with same average both home and away. Sehwag had scored 15 centuries and 13 fifties in the process. In his overall career Sehwag has 2 triple centuries, 3 double-hundred to his credit.

Test cricket requires a different attitude and perspective and to play it like Sachin or Dravid takes a different kind of skill, temperament, technique and mental fitness . See the Top 10 Test Records for India here. 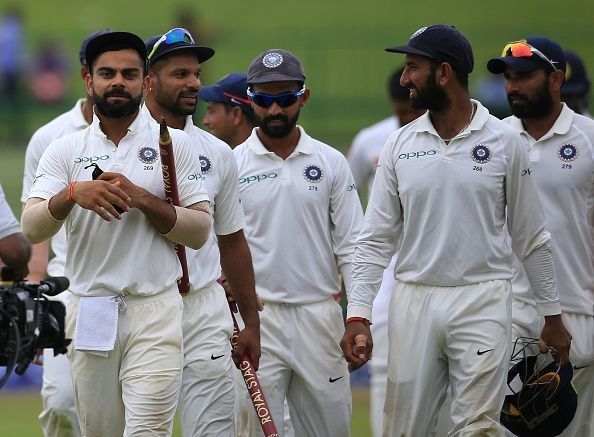