The battle for the Border-Gavaskar Trophy starts from December 17, 2020. India are the current holders after beating Australia in the last series Down Under in 2018-19. The tour begins with a day-night encounter at the Adelaide Oval on December 17.

The Pink Ball Test will be followed by Tests at Melbourne Cricket Ground, Sydney Cricket Ground, and at the Brisbane cricket ground, Gabba. The Adelaide fixture will be the first day-night Test played between Australia and India, adding historic significance to the series between two of cricket’s greatest rivals. The complete schedule is given below:

In addition to the international fixtures, Cricket Australia also confirmed dates for tour matches ahead of the Test series. India A will take on Australia A at Drummoyne Oval (December 6-8), and India will play Australia A in a day-night match at the Sydney Cricket Ground (December 11-13).

While coming to Tests, India and Australia have never lost a day-night Test previously, with Australia winning all four twilight Tests in Adelaide against New Zealand, South Africa, England and Pakistan, and India winning its only encounter at Eden Gardens against Bangladesh in 2019.

Australia is currently ranked No 1 on the ICC Test standings, however India will be buoyed by the knowledge it has won three of the previous four series against Australia, including a first ever series win on Australian soil in 2018-19.

India also hold a slight edge over Australia in the 50-over format with a 12-10 win-loss record against them over the past five years. Australia are ranked No. 1 in the ICC’s T20I rankings and posted a thrilling 2-0 away series win over India last year. India, however, hold a 5-4 advantage over Australia in its past 10 T20I matches.

“Across all three formats, Australia and India represents one of the great rivalries in world sport and we are delighted to welcome Virat Kohli’s outstanding squad to Australian shores this summer. We have worked closely with the BCCI for many months to bring this tour to life, and I cannot speak more highly of the professional, thorough and collaborative manner with which they have approached this tour in these extraordinary and complex times”.

India will arrive in Sydney on November 12 subject to Australian Border Force travel authorisation and the appropriate departure-approvals. The team will quarantine in Sydney prior to the first match of the series on November 27. 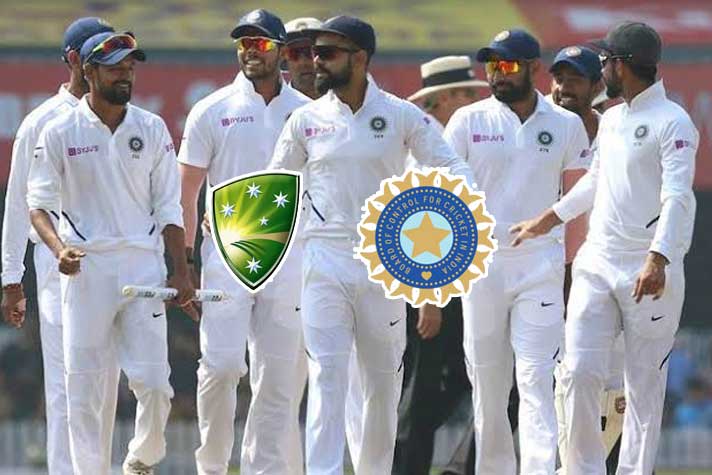