PV Sindhu Pulls Out Of Denmark Open To Be Held Next Month: Report 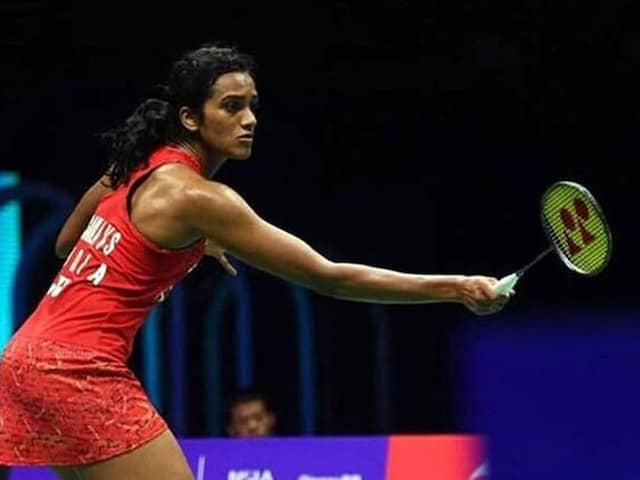 Olympic silver medallist PV Sindhu on Thursday pulled out of the Denmark Open badminton tournament scheduled to be held in Odense from October 13 to 18. "Sindhu is not playing in Denmark, she has pulled out," a source in the Gopichand Academy told PTI on conditions of anonymity. The 25-year-old reigning world champion had pulled out of the Thomas and Uber Cup finals but later decided to participate in it after Badminton Association of India (BAI) president Himanta Biswa Sarma's request.

The tournament, however, has been deferred to next year after a spate of withdrawals in view of the COVID-19 pandemic. The BAI had on Tuesday written to the players who have sent their entries for the Denmark Open, stating that they would be "travelling or participating at their own responsibility due to the current pandemic" and "have to send their consent within September 17".

Though, Sindhu decided against travelling to Denmark, she plans to participate in the Asia Open-I and Asia Open-II scheduled to be held in November.

Kidambi Srikanth, Lakshya Sen and Subhankar Dey were among those players who have sent their consent letters and will be participating in the Super 750 event.

Saina Nehwal and Parupalli Kashyap have also sent their consent letters but will take a final call nearer to the date of the tournament.