Pullela Gopichand feels badminton is most flourishing sport in India 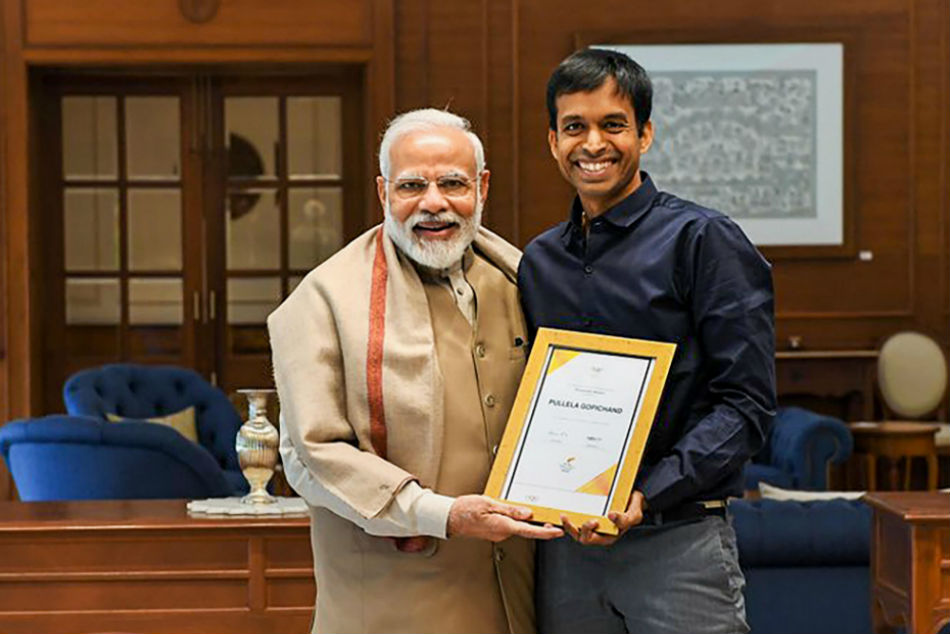 New Delhi, July 20: The inspiring success of P V Sindhu and Saina Nehwal at the global level has made badminton the most flourishing sport in India in the last decade, national chief coach Pullela Gopichand said on Sunday (July 19).

Gopichand said when he started coaching in 2004 with 25 trainees, including Sindhu, Saina and Kidambi Srikkanth in Hyderabad, nobody thought India would produce such world class players.

"I can say, this is the sport (badminton) which has developed the most in the country in these past 10 year or so. When I started my coaching career in 2004, there were just 10 good courts in Hyderabad but now there are more than 1000," he said during a webinar.

"There are so many academies coming up in the country, so many kids from all over the country, Punjab, Mizoram and even abroad coming to my academy to train with even one of the parents opting to stay in Hyderabad with the child. So there is enormous interest in the sport now."

Assuring that badminton's future is also bright, Gopichand expressed hope that the cost of playing the sport will also reduced in the coming years.

"What has been happening in the past some years (India producing world beaters) is one side of it and what is coming up in future is another side. I believe the sport is well poised (for further development) in the future.

"Moreover, the cost of the shuttle is going to go down in the next few years with the introduction of synthetic shuttle. That should make the sport more flourishing in the years to come."

Gopichand said nobody in the country thought that he would be able to produce the Sainas and Sindhus of the world when he started coaching in 2004.

"I had 25 trainees at that time, all young with 16 years as the oldest one. Sindhu was the youngest. Nobody thought these players would become the world beaters of now. People thought our women players will not be able to hit the shuttle so hard."

Asked how he created so many world's best players, Gopichand said, "I had a formula in mind which I could not actually apply to myself during my career due to injuries.

"When we grow up most of us think of being classical players with tossing up the shuttle and playing the strokes. Players like Dinesh Khanna will have this superb defensive play. But I had something different: jumping, running everywhere and stretching yourself all over.

"I had many injuries and I could not apply this to me but I was able to do that in my coaching."

He said Prakash Pradukone's All England title in 1980 was one of the defining moments of Indian badminton. He rated his All England triumph in 2001 as his best achievement.

The 46-year-old Gopichand advised the players to maintain discipline during the testing times caused by COVID-19 pandemic.

"We were thinking of June, then July, August (to resume sports) and now people are thinking September. Nobody knows when sports will resume. The important thing is that the players will have to be physically and mentally ready when the sports resume.

"In my academy, the trainees have two training sessions -- at 6am and then at 4pm. It forces them to maintain discipline. If you have to wake up for 6am training, you will not be sleeping late at night. So, these routines are sort of keeping them disciplined so that they are ready."