Chennai Super Kings have been the second-most successful franchise in the IPL with three titles, behind Mumbai Indians who lead the table with four. CSK were the first team to win consecutive titles, winning it in 2010 and 2011 before Mumbai Indians emulated the feat in 2019 and 2020. They suffered a roller-coaster in between as they were suspended for two years following the spot-fixing scandal. However, they made their comeback in style by winning the 2018 addition to add a third title to their bag.

Chennai's consistency has been staggering. They have made it to the playoffs/semis in every single season they have played in the league.

Here's how they have fared year on year.

How did they fare in the previous season: Chennai Super Kings had their worst season in 2020 and they finished second from the bottom (7th) in the UAE. Lack of flamboyant and aggressive hurt them as they won just six of their 14 games not qualifying for the Playoffs for the first time in the history of IPL.

Win percentage: Chennai Super Kings have the best win percentage of all teams - 59.83 percent. They have won 106 of their 179 matches, lost 71 with one ending in No Result. They have been involved in one Super Over match which they lost.

The former India batsman who recently announced his retirement has been one of the pillars of since it's inception. He's the highest run-getter for the franchise and second-highest overall. For CSK, he's scored 4527 runs from 160 inns at 33.28 and a strike rate of 137.34. Along the way, he has hit 32 fifties and one century. Overall, he's only one of two batsmen who has aggregated more than 5000 runs, scoring 5386 runs at 33.34. He is second behind Kohli who's scored 5412 runs.

Murali Vijay is the only batsman to have scored two centuries for CSK. His first ton came in 2010 against RR, opening the batting at the MA Chidambaram Stadium. He hit 127 off 56 balls including eight fours and 11 sixes to propel CSK to 246/5. RR provided a fight but fell short by 23 runs in the end. Vijay was named the Man of the Match.

Highest team score: 246/5 vs RR in Chennai: That 246/5 against Rajasthan remains their highest score in the league so far. It's the third-highest total overall in the league.

Bonus point: CSK have also defended the lowest score in the league, defending 116 against KXIP in 2009 at Kingsmead Durban. The spinners choked the KXIP batsmen as they restricted Punjab to 92/8.

CSK have had the most success against Sunrisers Hyderabad, with a win percentage of 71.42 percent. (For teams against whom CSK have played 10 or more matches). They have won 10 of their 14 matches played with just four losses.

CSK have struggled against MI, with a loss percentage of 60. They have lost 18 of their 30 matches and won 12. Mumbai is the only side against whom they have lost more than they have won.

When they played in the UAE: In 2014, CSK started off with a thumping six-wicket loss against KXIP but then bounced back hard to win the next four, winning four of their five matches of the UAE leg. When they returned, they had a tough time finishing seventh and not qualifying for Playoffs for the first time.

- CSK have had eight final appearances in the league, most by any team. They went on to win three of those.

- CSK's bowling average of 26.60 in IPL is the second best among all the teams after Rising Pune Supergiants (26.36).

- They are one of the two teams to have won 100-plus IPL matches. The other team is Mumbai Indians.

- Suresh Raina is the only fielder to have taken 100-plus catches in IPL. He took 102 catches from 193 matches, 91 of them came while playing for CSK from 164 matches.

- Suresh Raina has scored 1498 runs from 55 innings at MA Chidambaram Stadium for CSL in IPL at an average of 29.96 - the most by any CSK batsman at any venue in IPL.

- Chennai Super Kings' bowling average of 26.22 in IPL - the best among all the teams.

- They have also won the most Fairplay awards - 6.

Click here to check out the full IPL 2020 Schedule, venues, format and other FAQs 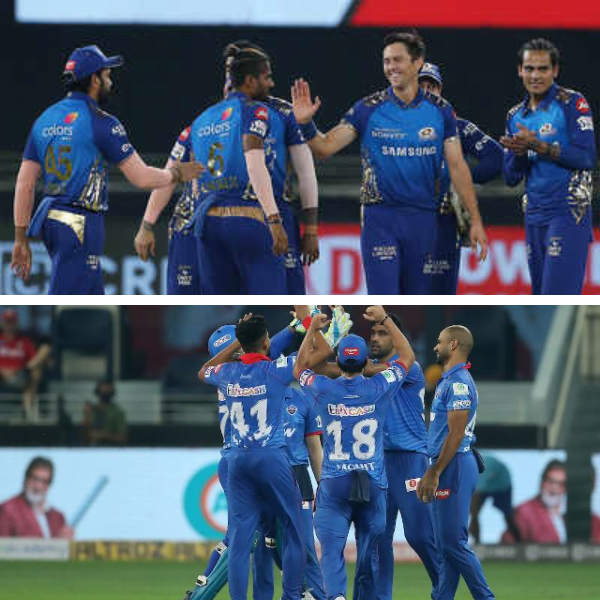