At the conclusion of the IPL transfer window, this is how the teams are stacked up before the IPL auction takes place in December 2019.

Kings XI Punjab has been the busiest franchise among all so far. Here we look at all the IPL transfer news that has taken place so far:

Ashwin to Delhi Capitals from Kings XI Punjab – The biggest transfer deal has happened between Kings XI Punjab and Delhi Capitals with the Mohali-based franchise trading R Ashwin for Rs 1.5 crore and Karnataka spinner Jagadeesha Suchith. Ashwin captained Punjab in two seasons (2018 and 2019) but they could not enter the last-four in either of the seasons. Ashwin will play for Delhi Capitals in 2020, however, it is yet unclear whether he will lead the side as current captain Shreyas Iyer fared well as captain of the Capitals last season.

Ankit Rajpoot to Rajasthan Royals from Kings XI Punjab – Rajpoot has joined KXIP in 2018. He has so far played 23 IPL matches and has picked up 22 wickets. Rajpoot is remembered for his 5 for 14 in a league game in the 2018 season against Sunrisers Hyderabad, becoming the only uncapped player to claim a fifer in IPL history.

Mumbai Indians have traded West Indies batsman Evin Lewis with Rajasthan Royals. Lewis has been associated with the Indians since IPL 2018 but hasn’t lived up to the team’s expectations.

Rajasthan Royals trade Krishnappa Gowtham to Kings XI Punjab for IPL 2020Karnataka all-rounder K Gowtham will now be tendering his services to Kings XI Punjab in the upcoming season of the Indian Premier League (IPL) 2020 after being traded by Rajasthan Royals.Uncapped cricketer Gowtham, who was bought for Rs 6.2 crore at the 2018 auction from his base price of INR 20 lakh, played 15 games in 2018 and seven matches in 2019.K Gowtham has been a regular player for the Royals in the last two seasons 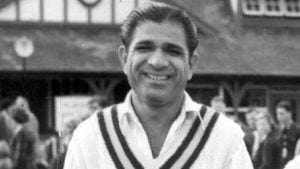