Sharmila Devi struck twice as the India’s junior women’s hockey team secured a superb 4-1 win over New Zealand in its third match of the 3-Nations Tournament.

It was Sharmila Devi (12th, 43rd), Beauty Dungdung (27th) and Lalrindiki (48th) who scored the goals for India in their impressive victory. In a shaky start to the match, India conceded a Penalty Corner in the 4th minute, and New Zealand made the most of it as they scored through Olivia to make it 1-0 in their favour. India fought back inside the first quarter and found the equalizer when Sharmila finished off a crisp team-move to make it 1-1 in the 12th minute.

Both teams had several chances in the second quarter as well, but neither could convert until India finally managed to convert their Penalty Corner in the 27th minute. It was India’s forward Beauty, who produced a sublime finish to give her team a much-deserved lead.New Zealand did have a Penalty Corner at the stroke of the half-time break, but India’s Bichu Devi Kharibam made a decent save to ensure India retained their 2-1 lead.

The start of the third quarter was slightly slower for both teams as they tried to implement different strategies. Indian goalkeeper Bichu was called into action again in the 40th minute, but she made a diving save to protect her side’s lead. Three minutes later, it was India’s chance to break away on the counter which saw Sharmila score her second field goal to extend India’s lead to 3-1. The confidence levels rose within the Indian team after scoring their third goal, and it was visible in the last quarter when they started aggressively. In the 48th minute, India won themselves a Penalty Corner, and the resulting execution saw young Forward Lalrindiki score past New Zealand’s goalkeeper Kelly Carline to make it 4-1, and secure the win for her side. 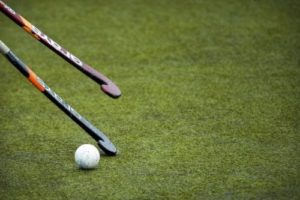 New Zealand did try to pose a threat in the remaining minutes, but could not penetrate through the Indian defense which meant India registered their second win in three matches of the 3-Nations Tournament. India will face hosts Australia in their fourth and final match on Sunday.