Home » Blog » What Is The Secret Recipe of Egypt’s Dominance in World Squash?

Egypt has completely taken over the world of squash and they seem to be producing champions regularly. What could be the reason that this country is so dominant in Squash. In the Top 10 World Rankings 50% are from Egypt – both in the Men’s and Women’s category. When you look at the Top 25, 11 of the male players are from Egypt and there are 10 female players from Egypt. That is a staggering 40% in the Top 25 from Egypt itself. The next are English players with 4 and 3 players in Top 25 Men’s and Women’s Ranking respectively.

The introduction of squash can be attributed to the British , who started the game of squash and as part of their colonial expansion had set up courts in Cairo and Alexandria. These courts were mainly used by the officers and diplomats and for maintenance, the locals would be employed.

Due to this , the 1930’s and 1940’s saw the emergence of Egyptian champion Amr Bey, a diplomat who won the British Open Championship a record six times (the prestigious tournament around that time). This was followed by Mamouod El Karim who won the championships 4 times during the 1940’s. Somehow after this there was a big lull in the sport till the 1990’s when squash again saw an emergence in Egypt.

The former president of Egypt – Hosni Mubarak was himself an avid player of squash and was keen to bring the game to international popularity in his country. Mubarak increased government funding for the game and against this backdrop, he staged the Al-Ahram international tournament and set up glass courts besides the Great Pyramid of Giza and this had immediate international attention.

Also in this tournament, Ahmed Barada then 19, reached the finals and was personally congratulated by the premier. Barda went on to attain a career high of World No 2 rankings. This event captured the imagination of Egyptians and catapulted squash into a major sport in the country.

Most of the clubs are located in Cairo and Alexandria and the sport is concentrated between these two cities which are about a three-hour drive apart. The geography of Cairo also facilitates the games such that all the squash clubs are within a 30 min dive from each other. There are regular interactions between players of various clubs and the level of participation is very high in tournaments.

It also helps that the pros are clustered in two cities which makes it easy for youngsters to learn and interact with the top level athletes. It is estimated that Egypt has about 400 courts and fewer than 10,000 players but the top Egyptian players are concentrated in about 10-15 clubs in these two cities.

For decades, since the origin of the game,the default strategy has been focused on wearing down the opponent and playing lengthy rallies. This was exploited beautifully by the Pakistan brothers Jansher and Jhangir Khan. Egyptians have completely turned this game on its head from a methodical approach to a highly unpredictable , dynamic approach. The Egyptians are known for their deceptive flicks, out of nowehere drops and flicks.

The approach to the squash game for the Egyptians is more of a play and feel rather than a scientific method and this is creating wonders for them in the present.

In the squash world these are labeled as “flicks and nicks” technique of the Egyptians versus the “grinding rallies and volley drops”.

In 2003, Egypt had its first squash world champion in decades. It was Amr Shabana, a lefty who combined unparalleled speed with accurate shots. He won the title three more times. Since 2006, an Egyptian has been the top-ranked male player nine and a half of the last 13 years.

This is what Amir Wagih, the Egyptian national coach between 1994 and 2012, had to say about the playing level and contracts in Egypt.

“The juniors are watching, learning and playing every day with their legends,” said Wagih. “The players are contracted to clubs all over the country and it is written into their contracts that they have to play with the juniors. “The under-13 British Open champion is Egyptian and he practises with Ramy Ashour [the world number one]. Imagine playing tennis with Rafael Nadal.”

The rapid rise of Egyptian women players and the dominance over world squash is more impressive given that fact that very few played the game at the beginning of this century.

The Top 4 female players are all Egyptian and the there seems to constant stream of champions in the making – the girls junior national team has won the world championships seven times.

Squash has become the second-most popular sport in Egypt after football and there seems to be a regular progression in terms of parents/kids/coaches throught the country.

Even with all these factors, there cannot be a sure shot way to say what is ‘clicking’ for Egypt in terms of Squash – maybe it is Egypt’s time to shine and shining bright they are in the world of squash 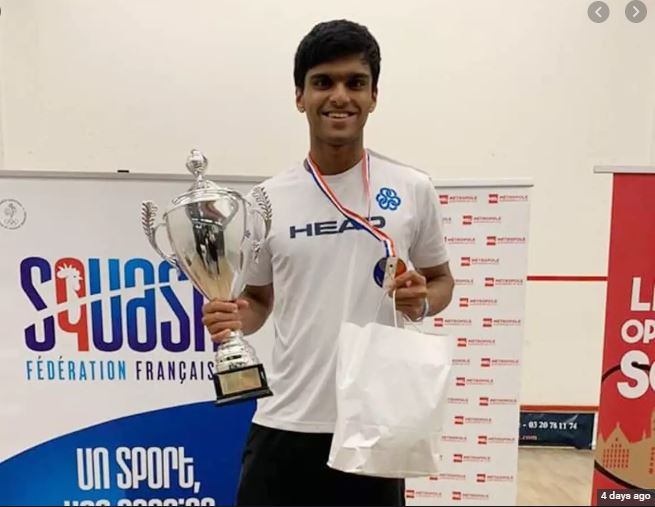