This blog article shows the stats and analysis of the the ongoing 5th edition of Coal India Hockey India League (HIL 2017). Already due to the new rules the games have become more attacking and going away from the dependence of penalty corners to push for a win. (Updated Feb 16, 2017) 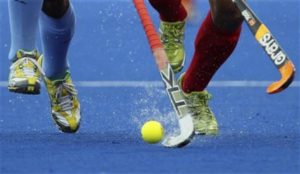 The fifth edition of the Coal India sponsored Hockey India League (HIL) 2017 commenced on January 21 and the finals will be held on Feb 26,2017  in Sector 42 Hockey Stadium, Chandigrah.

To make the game more interesting, a new rule was  introduced in this edition where every Field Goal will be considered as 2 goals and Penalty Corner and Penalty Stroke will yield 1 goal. This rule change has already witnessed the games being more attacking and the level of hockey in this edition has really being superlative. 3. Performance of the teams in Home/Away matches 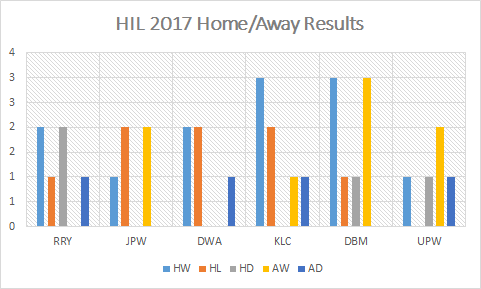 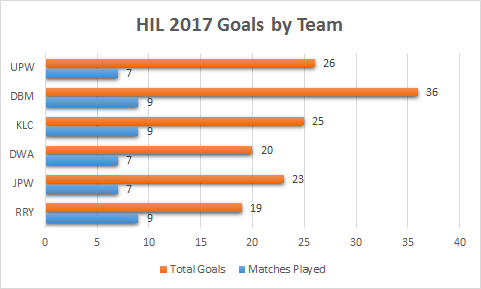