It was a forgetful start for the Gujarat Fortune Giants to their home leg of the Vivo Pro Kabaddi League Season 7 when they went caved in to Tamil Thalaivas.

Ajay Thakur’s super raid in the 38th minute scripted Giants’ 28-34 loss. It was for the first time in their history, Gujarat suffered three consecutive losses. From six matches, Giants have three wins and an equal number of losses. In the 37th minute, when Thalaivas’ Vineet Sharma was tackled, Giants inflicted an allout and earned a psychological advantage with 26-25 lead. However, Giants were guilty of giving freebies when Ajay Thakur came for a raid in the 38th minute.

The experienced campaigner and India captain returned with three touch points to put Thalaivas back in the lead. A minute later, Giants conceded their third allout of the match, virtually ending any hopes of a win. In the last minute, Rohit Gulia reduced the margin by two points to keep the scoreline at 28-34.Earlier, in the first half Gujarat Fortune Giants started on a positive note when Sachin Tanwar in the first raid returned with a touch point. Soon, Parvesh Bhainswal and captain Sunil Kumar joined the party when Rahul Chaudhari, who had 864 raid points to his credit, was tackled by Giants.Sachin then sent back Manjeet Chillar on the bench with a superb turn-around-escape from the clutches of Tamil Thalaivas defence. 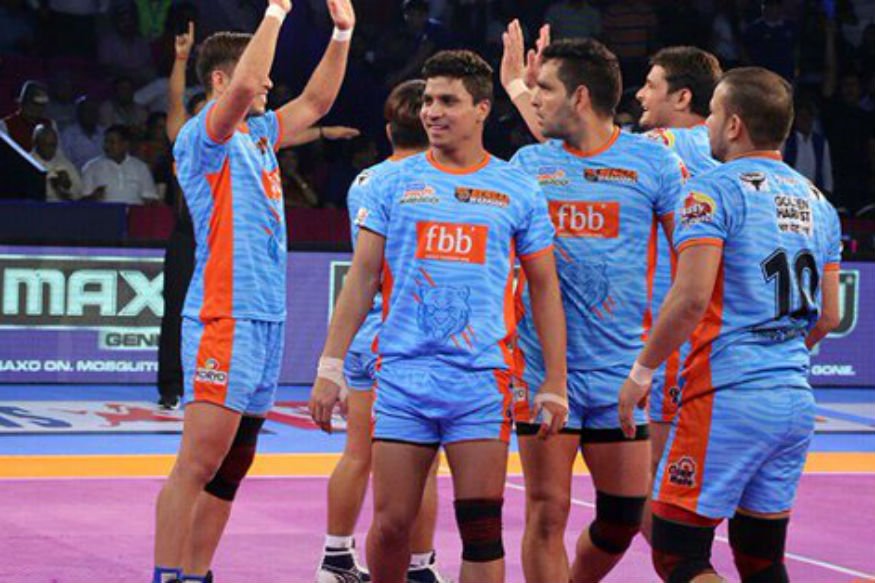 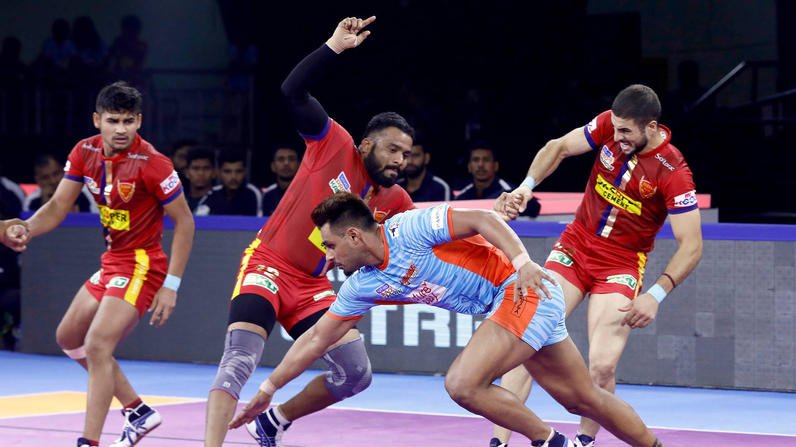 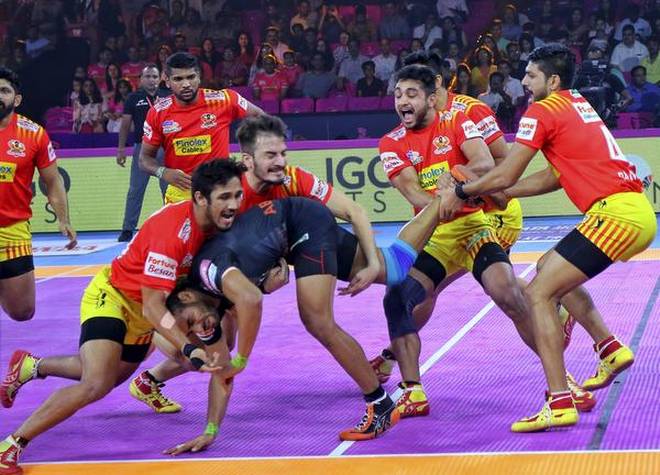 Tamil Thalaivas, known for their fighting spirit, also got into action and broke Giants’ backbone by separating Sunil and Parvesh. Ajay Thakur with running hand touch sent back Sunil.The see-saw battle was on, when Sachin with superb acrobatic style escaped the clutches of Thalaivas defence. It seemed like Sachin was back in form.But it was Ajay Thakur’s two point raid in the dying moments of the first half that put Thalaivas in the driving seat at the half time whistle – 15-10.

This article was originally published on myKhel.com