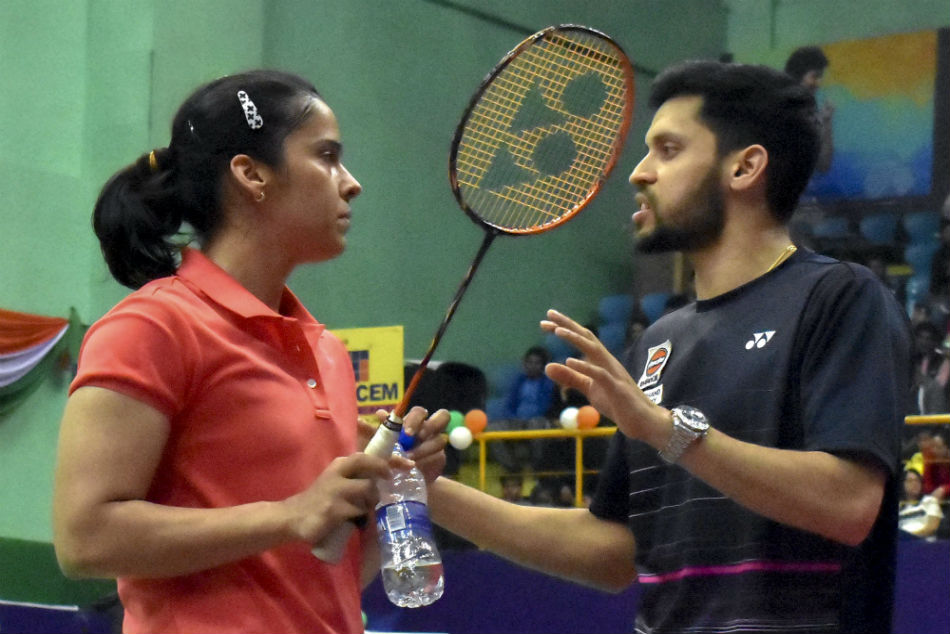 New Delhi, January 12: Both Saina Nehwal and HS Prannoy have been cleared to participate in the ongoing Yonex Thailand Open after the fourth round of tests reports confirmed that both shuttlers have been tested negative for COVID-19.

Timely intervention by BAI, taking up the matter with topmost BWF officials to ensure if tests were negative, matches for respective players should be rescheduled and no walkover is given.

After continuous efforts from BAI including doctors being sent immediately when Kidambi Srikanth started bleeding were taken up. BWF and Badminton Thailand were cooperative and BAI thank all the stakeholders for their support including the tournament organisers.

The matches of Nehwal and Parupalli Kashyap will be rescheduled for tomorrow. However, Kashyap's participation will depend on the result of his test conducted in the afternoon.

Shuttlers @NSaina and @PRANNOYHSPRI have tested negative in the final test and have been given green flag to participate in the tournament. Timely intervention of BAI ensured with all support from BWF and other stakeholders have made this possible. Detailed statement below???? pic.twitter.com/tMzB3BmvRm

Meanwhile, Srikanth expressed his anger on the social media about the treatment Indian shuttlers were getting in Thailand. The senior shuttler took to his Twitter handle to share a few images of his bleeding nose complaining about the callousness of testing authorities. Soon after the BAI came in touch with the BWF officials and escalated the matter.

We take care of ourselves for the match not to come and shed blood for THIS . However , I gave 4 tests after I have arrived and I can’t say any of them have been pleasant . Unacceptable pic.twitter.com/ir56ji8Yjw

Earlier in the day reports of top shuttlers Saina and HS Prannoy again testing positive for the disease ahead of the Thailand Open stunned all.

"Saina and Prannoy tested positive for COVID-19 during a test conducted on Monday. They will stay in quarantine for 10 days in a Bangkok hospital. Kashyap too will have to head to the hospital as he is a close contact," a source in the Badminton Association of India (BAI) said.

They had also cleared the pre-departure COVID-19 test and also tested negative on arrival in Bangkok.