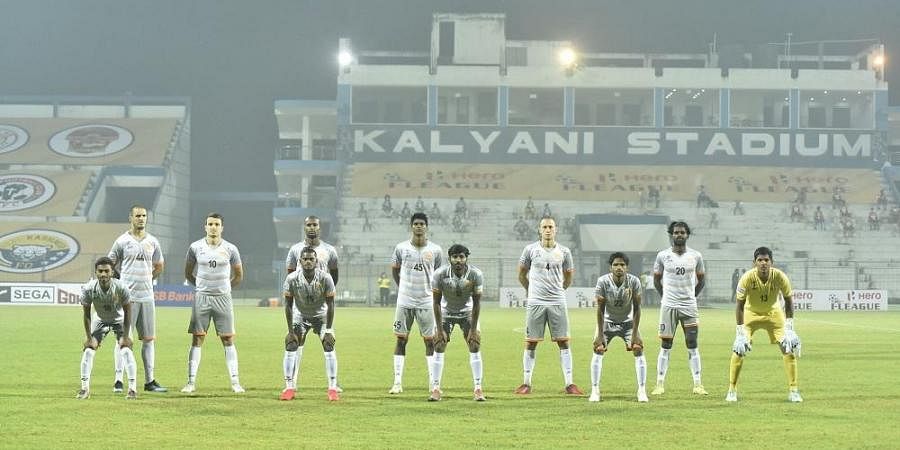 Head coach Satyasagara was forced to stay away from the dugout due to suspension, which was imposed by the I-League authorities in the last minute.

CHENNAI: Imagine a professional football team having to take the field without any of their coaching staff available. For Chennai City FC, playing their season opener in the I-League, that was the reality. And yet, they managed to pull off a victory.

Head coach Satyasagara was forced to stay away from the dugout due to suspension, which was imposed by the I-League authorities in the last minute. Moreover, his deputy Louis Nickson and goalkeeping coach Satheesh Kumar were also not available, with their latest Covid-19 results returning positive.

"We got last-minute information that the head coach can't be at the bench. The assistant coach and goalkeeping coach were also having Covid," Rohit Ramesh, Chennai City FC owner, revealed to this daily. Satyasagara and Rohit's side had to pay the penalty for a card which was issued last season against Neroca FC.

"If we were informed earlier, it could have been better. If he wasn't supposed to be on the bench, why was he asked to do the press conference? It was a bit confusing," he added.

But despite the blow, Chennai City FC, with team manager Ashok Nathan donning the coaches' hat in Satyasagara's absence, displayed fighting spirit to record a morale-boosting victory (2-1) over Gokulam on Saturday.

With key tacticians out of the picture, the 2018-19 champs endured a nightmare start, conceding as early as the third minute of the contest.

Dennis Antwi fired home from close range following a quick corner. But Chennai got back on level terms in the 26th minute after their Serbian import Vladimir Molerovic was brought down inside the box.

His counterpart Elvedin Skrijelj made no mistake from the spot. In the second-half, it was Chennai who were quick off the blocks, needing just five minutes to score, and more importantly take the lead.

It was local lad N Vijay, originally from the slums of Vyasarpadi, who scored after an eye-catching one-two with Demir Avdic. That proved to be difference between the two sides as Chennai fetched three points.

"That (coaches missing out) was something which was upsetting but the players took responsibility. It was a complete performance by the players and it's a good way to start the campaign," Rohit said.

After the Indian Super League, the I-League is one of the first major events which commenced on Saturday. Two more matches were played on the day with Mohammedan SC and Minerva FC fetching three points apiece.

In challenging times, all the teams have been trying to get used to the rules apart from football. "The players are getting used to it. It's a new normal for everybody. Every player, the team has to adapt. Everyone is trying to adapt and I believe they'll get used to it eventually," Rohit said.

No active fire or smoke in Nagaland's Dzukou range: DFO