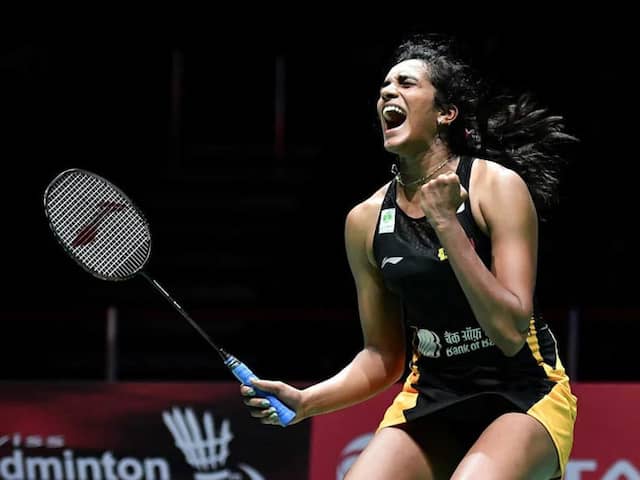 World champion PV Sindhuon Sunday said initial failures at the international stage were disappointing but defeating the then reigning Olympic champion Li Xuerui at the China Open in 2012 strengthened her resolve to succeed in the senior circuit. Sindhu had burst onto the scene when as a 16-year-old she had stunned London Olympics gold medallist Li in the quarterfinals of China Masters. A year later, she claimed a maiden bronze medal at the prestigious World Championships.

She eventually went on to win five medals in the prestigious tournament - two bronze, two silver and a gold, besides the Olympic silver medal four years ago in Rio de Janeiro.

"When I started playing I was doing well but international standards are not the same. In the beginning, I kept losing in first rounds, qualifying rounds. I realised I needed to go out harder, that is when I kept working hard," Sindhu told paddler Mudit Dani on his online show 'In The Sportlight'.

"I used to feel sad and thinking what mistake I'm making, I am also working hard as others.

"I think that turning point I would say I got in 2012 where I beat Li Xuerui, she was current Olympic champion at that time. Since then I worked extra hard and I have been improving step by step, year by year."

A big fan of 2004 Olympic gold medalist Taufik Hidayat's backhand and two-time Olympic champion Lin Dan's style of play, Sindhu still fondly remembers how a fan on her arrival in Hyderabad from Rio presented her with a month's salary for her exploits at the mega event.

"It was so touching that I remember it even today. I wrote him a letter and sent him some money," said the World No. 7.

While Sindhu currently continues to train at home and is having a relaxed time with her family during the COVID-19 pandemic, she has also picked up new skills.

"I have been learning a few things; like I paint nowadays. I am also cooking and baking. It's really interesting because earlier it was always badminton but now you are learning different stuff which is creative," said Sindhu.

Sindhu alongwith her badminton colleagues are waiting for a green light from the Telangana government to resume their training amid the coronavirus pandemic.

The Badminton Association of India (BAI) had planned to conduct the training camp at Hyderabad from July 1but the Telangana government still hasn't given a go ahead due to the increasing COVID-19 cases in the state.