With Hardik Pandya struggling, Deepak Chahar could be the bowler for Team India who can bat at number eight 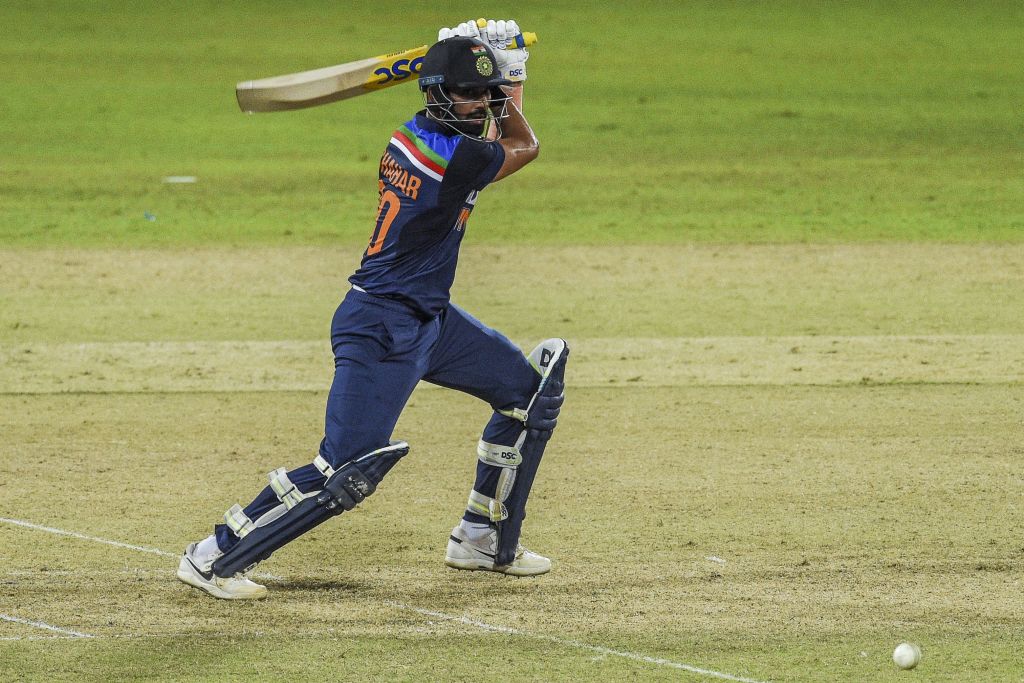 Chasing a target of 276, the Shikhar Dhawan-led Indian side found itself in a tricky situation as their top seven batsmen failed to carry their bat through and were dismissed at critical junctures in the game which tilted the game against the unfancied Sri Lankan side.

Sri Lankans seemed to be making a comeback in the must-win game after Manish Pandey - who was looking in sublime touch - got dismissed in the unluckiest of fashions in cricket as the shot from Suryakumar Yadav, his partner on strike, brushed past bowler Dasun Shanaka and hit the non-striker's end. Pandey was way short of the crease when the ball disturbed the timber giving the tourists a jolt at the wrong time.

Later, Suryakumar Yadav and his Mumbai Indians teammate Krunal Pandya also perished at the wrong time, giving Sri Lanka a smell of a sensational win against a dominant Indian batting line-up, which is also their second-string side.

But all-rounder Deepak Chahar dashed hopes of Sri Lanka's equaliser with a matured performance and guided the tourists to a win to remember. When Chahar walked into the middle, his team was in dire straits with lone recognised batsman Krunal Pandya present at the other end.

Chahar - like any other lower-order batsman - wasn't looking in control initially but took his time to settle down. By the time Krunal was present into the middle, the Chennai Super Kings' all-rounder was playing defensively putting merit to his wicket. After Krunal was outfoxed by a peach of a delivery by in-form Wanindu Hasaranga, Deepak had a big task at hand.

The right-handed batsman was joined by another cool customer, Bhuvneshwar Kumar, at the other end and together the duo started taking one over at a time. Having spent a lot of time under MS Dhoni - who is hailed as one of the finest cricketing brains and the most successful run chaser in the limited-overs format - both the pacers took a leaf out of the former India cricketer's book and took it upon themselves to steady the ship and keep their wickets intact. 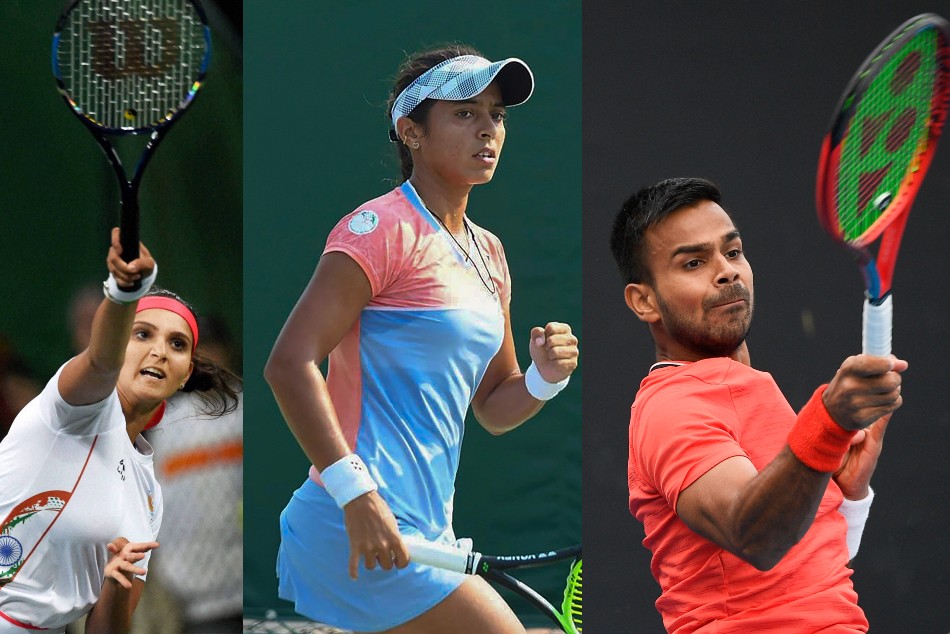 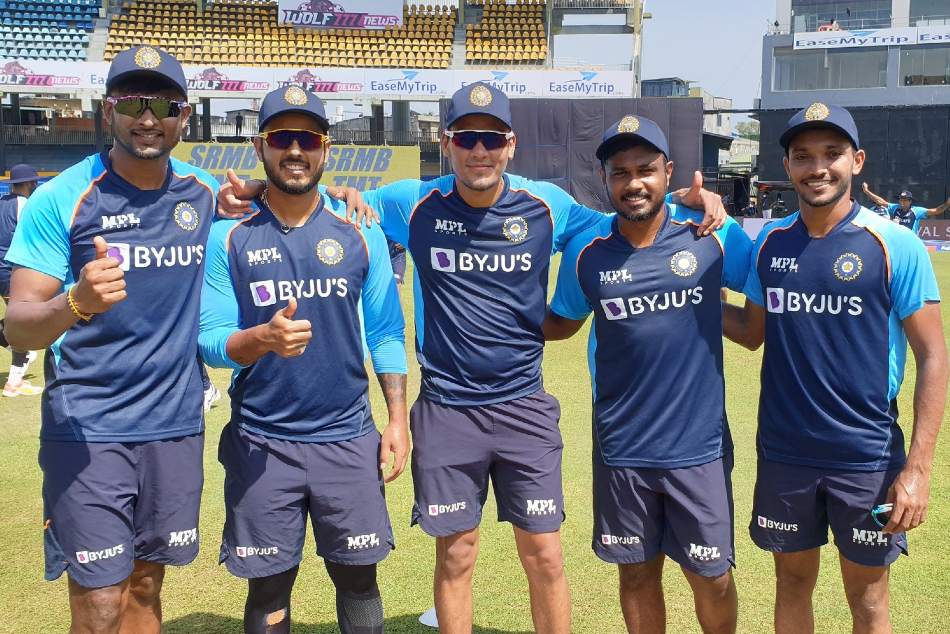 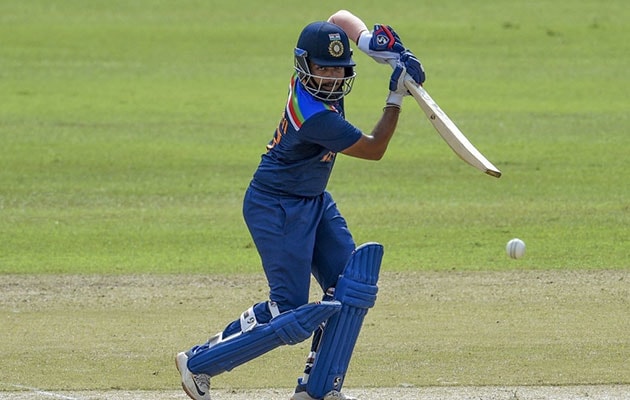 The duo decided to take the game deep, with Chahar often freeing his arms and punishing the hosts for any freebies offered. Together, they brought the equation to under run-a-ball and safely negotiated dangerous Hasaranga's overs. Both Chahar and Kumar knew that the Sri Lankans will panic as they inch closer towards the target and that's exactly what happened in the end.

Chahar (69*) and Bhuvneshwar (19*) stitched a match-winning partnership of unbeaten 83 runs for the eighth wicket and took India home. Both Chahar and Bhuneshwar displayed superb match awareness and maturity as the world was reminded of Team India's win over the Lankans in Kandy in 2017 when MS Dhoni and Bhuneshwar's gritty batting guided the Men In Blue to a memorable win.

Talking about his match-winning knock, Chahar revealed the role coach Rahul Dravid has played in improving his batting abilities. "No better way to win the match for the country. Rahul sir told me to face all the balls. I have played a few innings with India A and I think he has belief in me. He told me he thinks I am good enough to be a No. 7. He has belief in me," said Chahar.

"Hopefully in the coming matches, I do not have to bat. When we came under 50 is when I believed we can win. Before that, it was ball by ball. I took some risks after," he added.

Chahar's performance has and the maturity with which he played under testing conditions at R Premadasa Stadium, presents the team management, as well as the selectors, an opportunity to include him in the side as a bowler who can bat at number eight.

"India have a spot open for the bowler who can bat at eight. Deepak Chahar has just done a magnificent audition for that role," tweeted veteran India commentator Harsha Bhogle.

With Hardik Pandya still finding it hard to find his rhythm back and his pace bowling skills not that impressive, the team management will have to find a dependable fast bowling-batsman in the limited-overs format. Chahar could very well be the answer to this problem as the Indians have been struggling to find a replacement for Hardik Pandya.